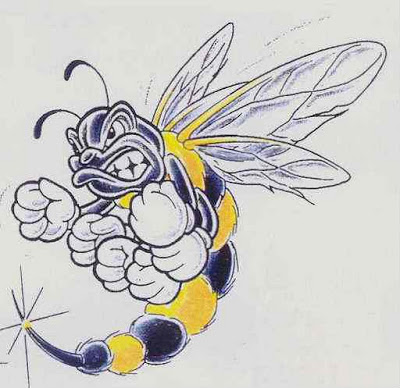 There is a buzz going around the internet about content in writing. There are things some people are either offended by, or are so emotionally moved by that it becomes unhealthy for them to experience reading about it. Some psychologists actually encourage people to face their fears and pains, processing through them. But some people may not be ready to do that. Some writing stings.

Writers write for a variety of reason: to entertain, to educate, to share opinions, to share news.

In memoirs, most often people write to provide inspiration. Sometimes they write to share a story that does not necessarily directly offer hope, but indirectly shares how that person processed through a difficult life situation…it may not be a pretty story, but the hope is that you will see the writer’s triumph over a bad situation. The growth experience, and in the end, the hope.

Luanne shared a review of such a story: “I find it so hard to write a review of this book that I can’t help but wonder how Kathryn Harrison wrote it. It was a New York Times bestseller when it was originally published in 1997 and has been read by many. The Kiss is a very disturbing story. It’s about incest. And betrayal. And mental illness. And a “man of God” who was anything but. But mainly it’s Kathryn’s story* and how she negotiated growing up and learning how to be a woman.” But read the full review.

Incest is not a pretty topic. It’s not entertaining. I don’t know if this book is promoted with “trigger warnings” or not, but it is an example of what exactly disturbs me about this current BUZZ.

When you read the book description, I am certain that you will have some idea on what this memoir is about.

And then there is fiction.

Fiction is most often designed to be entertaining. But different people are entertained by different forms of fiction.

Some people prefer light reading. Others want to delve deeply into recesses of the mind and soul.

There is a current trend to avoid certain subjects that a number of people find offensive in fiction. I am not talking about murder, blood, guts, and gore. We tend to accept those things. Not only in crime fiction, but in mysteries, fantasy, vampire novels and horror.

But as Ginny Wiehard mystery writer tells us here: http://fictionwriting.about.com/od/genrefiction/tp/mysteryrules.htm

Certain subjects are considered absolute taboos, even in crime fiction. Mysteries should be about murder. Detectives should not be dealing less serious crimes. Or those crimes that are emotionally sensitive.

Rape, child molestation/incest, animal cruelty are subjects that even the most horrific writers are cautioned to avoid. These things are not “entertaining”. And in her point of view, these things can, in no way, be entertaining. They are not only politically incorrect, but they are emotionally incorrect. So now, we have to concern ourselves with emotional correctedness.

Kirsten Lamb recently did a post about how we have begun to expect writers to show sensitivity.

Educators being expected to coddle the feelings of students so that nobody feels unimportant, left out, or harmed in any emotional way. University students objecting to being expected to read material that they might find offensive.

What?! University students should not have to learn about the atrocities of man/women in our society?

Red Clay and Roses is a roman à clef. It is a fictionalized true story, like a biography of everyday ordinary people

who lived during a time period of political upheaval in this country. Bad things happened. Progress was made. But it is not a pretty story. I did not set out to entertain when I wrote it. It does have a satisfying ending, but the subject matter could be painful to some. Someone is raped. Should it have been published? There is more than one abortion. It also deals with adoption. Should it have a trigger warning?

The crime novel that I am writing now deals with subject matter that could be painful to some. It has a villain, and although you don’t see a lot of her directly, you see the terrible things she does. I’m not talking graphic images, but allusions to terrible crimes. It’s a reality in our society. I want her to be bad, really bad, and horrible, worthy of death by dynamite! It’s crime. I don’t want her to get a slap on the wrist by the legal system. I want her to die. I want you to want her to die.

Do you think it should come with a trigger warning to spare potential crime novel readers the likely agony they just might feel if they are exposed to a distasteful subject?
How do you feel about trigger warnings? Is it censorship? Are there subjects so taboo that no genre should touch them?

If Lolita, written in 1955 and still listed at #785 on Amazon’s Top Sellers list,had been written today, would it have been published? The story of a girl repeatedly raped. A child. Would Vladimir Nabokov not written it because it is taboo?

So what are your thoughts?

(My apologies about the formatting…never could get it to behave!)