I have mentioned retiring early, and many are under the assumption that I was fortunate, and in many ways I am. However, I want to share with you the rest of that story. I retired from nursing a few years ago in 2011. The stress at the time was unbelievable. I am an empathetic and sensitive nurse. I was working in pediatric extended care. The last four of the eight years I was there were terrible. There were nurses, caregivers, behaving like criminals.

Caught in the crossfire, I spent my time at work dodging bullets and watching the kids under my supervision like a hawk. There was an out and out gang war between the Haitians, African-Americans, Puerto Ricans and Jamaicans who staffed the facility (not a prejudice, but a fact). It was a large facility with over 400 on staff and I was the only white woman on night shift. The women were vicious as they tried to get each other fired and their friends hired. They were cutthroat at each other, and placing young lives in jeopardy.

Seriously, I spent my time outside of work giving depositions to lawyers, writing letters to corporate, filling out police reports, and doing everything I could to protect children from the very people who were supposed to be providing them with a warm, nurturing, loving, compassionate environment. It was horribly sad. I’m not talking about neglectful care, I am talking about deliberate abuse that left children with injuries and put them into hospitals. Some even died. It was THAT bad.

I don’t talk much about my nursing career on my blog. I have shared a few stories, but the taste my final years left in my mouth was so bitter it is not something I can easily look back on. There were a half dozen law suits, and several of the women involved dealt with dire consequences. A few were arrested. I was threatened by one. I went on medical leave and ultimately resigned, which forced the resignation of others.

There was some justice this year when the facility was shut down midst allegations of abuse and neglect and I was more than glad I was no longer a part of it. There was a big write up in the paper. It was splashed all over the six o’clock news. The children were placed into medical foster homes. Now that some of these cases are settled I feel I can freely talk about it. The consolation is that the kids get much better care in the small private medical foster homes than they ever could in a large state funded institution.

Having processed this all through two different administrations, I felt deeply inadequate and powerless when I was in the thick of it and it took a couple of years to mellow out about it. I was angry. I was mad about what was happening to the children and families involved. I was mad about what was happening to my innocent co-workers (the ones not involved dealt with professional and emotional consequences, also). I was disturbed that a thirty year career in health care had boiled down to such a catastrophe. The feeling of failure was enormous.

Yesterday I shared this with another blogger/author friend. You may wonder why I am sharing this with you now. I think it is the reason that you don’t see cute little anecdotes about me and my patients. There were many before all of this went down. Looking back beyond those few final years, I can laugh. I can recall the joys and triumphs of my patients and coworkers, but it has been a long while. There is a new category on my blog called “Nurses Notes”. I am hoping the stories added under this category will be more entertaining than this one.

My apologies that this is such a downer.

All proceeds from sales of Red Clay and Roses are matched and go to the Russell Home for atypical children.

I am reading all of these posts about Dear Old Dad, endearing and thoughtful. I have to tell you my dad was a smart ass, a real wise ass having a witty remark for anything anyone ever said to him. 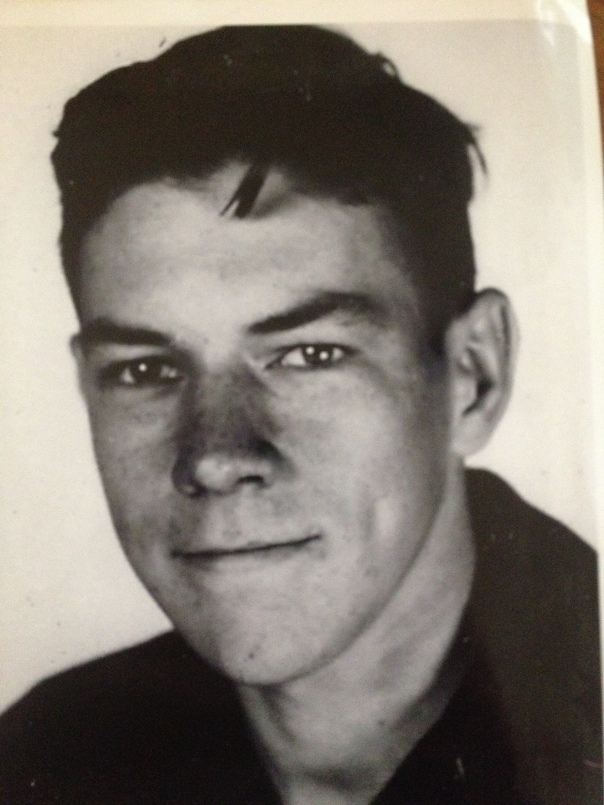 He started out as a State Park ranger, then a truck driver. After a bad accident, in which he was not hurt, but scared enough to find a new career, he started selling life insurance door to door. He went from a starter position to a district manager and then a regional manager, spending thirty-seven years with the same company.

Then he retired, but could not sit still. He bought his own independent company where he still works today, at seventy six years old.

He was a real sought after guy in high school. All the girls loved him. My mom was the one who captured his heart. They were married when she was sixteen and he was fresh out of high school. 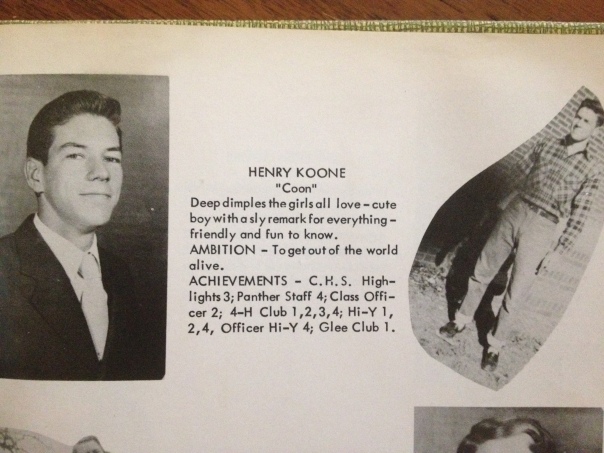 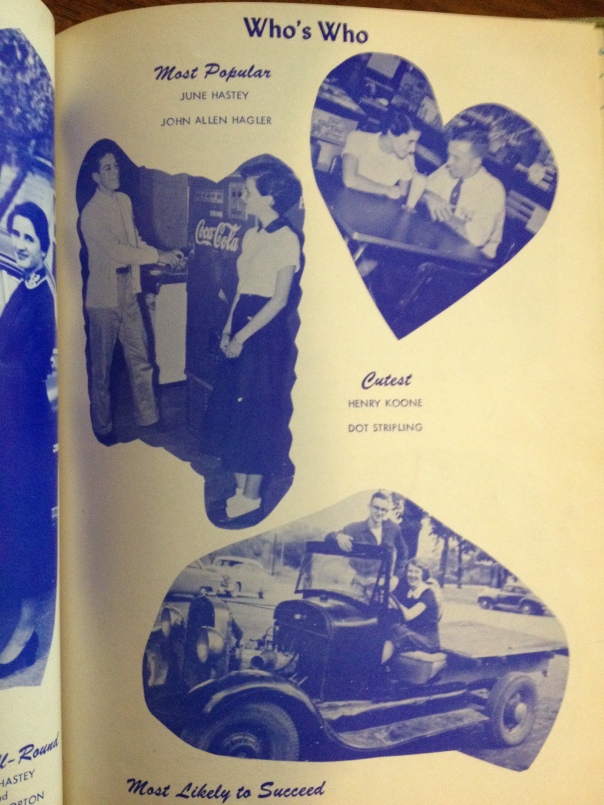 They lived in a mountain cabin when I was born, then a wooden duplex in the small town of Pine Mountain, then a brick duplex in LaGrange where he went on to build a house. He spent $13,000 to build that first beautiful brick home in an upscale neighborhood of LaGrange in 1968, but my mother never lived there with him. They were divorced when I was seven and we went to live in Atlanta. 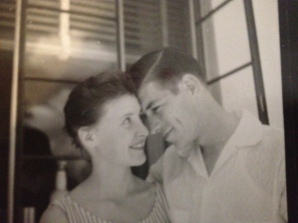 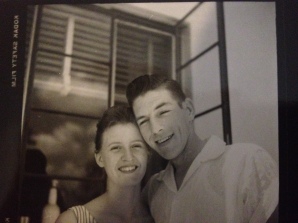 After her death, we moved in with my dad and stepmother (s). That is plural for a reason. He was still a ladies’ man and never could stick with just one.

He took us water skiing and we had a cabin on the Chattahoochee River where we spent weekends. Those were real fun times with my siblings recalled; although, he fell into the water a few times unexpectedly, too drunk to stand. Seriously, it is kind of scary to look back on it.

I was a Daddy’s girl. I lived for him to come home every day. I was supposed to have been a boy named Steven. He taught me all about skiing, CB radios, hunting and fishing. He called me his “modern girl” and told me I would be a city slicker like him one day.

He was raised on a farm and was the black sheep of the family for several reasons. He was an atheist.  He left the farm and became a city boy. He drank. He divorced my mother. He had many wives. He was a businessman, not a farmer. He abused and neglected us, despite our fine lifestyle. Socioeconomic status does not alter reality.

He was a mean son-of-a-bitch when he drank. He abused our mother, leaving her battered and bruised. He broke things and trashed the home when he was angry and out of control. He whipped us with belts till we bled. Later, he ignored our pleas regarding our stepmothers’ behaviors. I began to loath him. We became estranged when I reached puberty. We left home, my sisters and I. My older sister got married and my younger sister and I went into foster care. When I had kids of my own, we reconciled. That reconciliation required courage from both of us.

After a few divorces, he married a very nice woman, a Christian woman, whom he is still married to nearly thirty years later. He stopped drinking. I love her dearly. They have no children together but they are very loving and kind to us children, his grandchildren, and great grandchildren. He is also now a Methodist preacher. 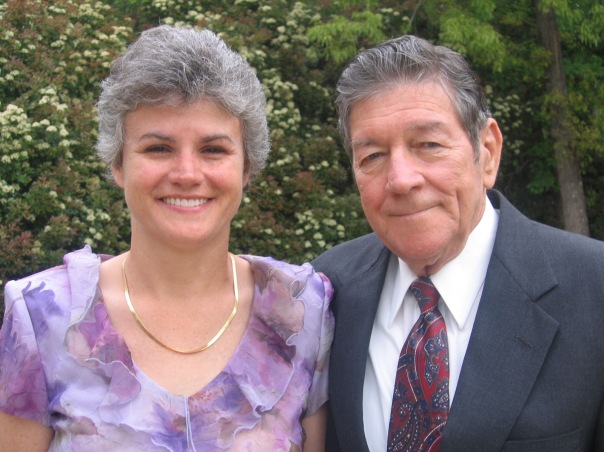 He is still a smart ass. Three or four heart surgeries later. No drinking. No smoking. No philandering. But still with a smart-mouthed comeback for just about everything anyone says to him. Usually, he’s funny. He could have been a comedian.

He has five daughters. His only son died the day after it was born. He never gave me a bloody red penny for school, or helped me in any way raising my own family. But he did teach me many of life’s lessons in his own way. He also taught me not to judge others. You never know what torments another soul carries around with them. I have relearned to love him.

This Fathers Day, I want you to remember one thing:

Forgiveness is a powerful antidote for hate.

People CAN change. Well, they can change some things. Once a smart ass, always a smart ass.

I have also learned you can’t help what you inherit.