I am so far out of The Loop. I don’t even know if they still call it being out of The Loop. That’s how far out I am. A couple of years ago my husband, the rocket scientist, was given a web site, xkcd.com, by a friend/coworker at Lockheed-Martin…the missile factory. A bunch of really nice guys work there. They are mostly nerds and geeks.

“Big Bang Theory” helped make nerds and geeks popular. Shows like “Criminal Minds” made the computer wizards and geniuses most intriguing. Having a school curriculum that focuses on math and science instead of humanities and liberal arts helped the once socially awkward succeed and be proud in their own skin.

Every Monday, Wednesday and Friday, the rocket scientist comes home from work and flips on his computer to check out the latest Randall Munroe cartoon, and reads through the “What if?” section.

If you don’t know who Randall Munroe is, I will tell you. He got a degree in physics from Christopher Newport University; he got a job building robots at NASA Langley Research Center. In 2006, he left NASA to draw comics on the internet full-time, supporting himself through the sale of xkcd t-shirts, prints, and posters.  Randall Munroe is the author of the popular webcomic xkcd and the science question-and-answer blog “What If?”

It is sort of like a cross between “The Big Bang Theory” and “Myth Busters” but Randall answers questions with stick people cartoons and keeps it simple. The cartoons are not always simple though, and if you click on the site to check them out, make sure you mouseover the cartoons, because that’s where the funniest stuff is sometimes. Millions of people click on his site every day. (See, I told you, I am out of The Loop.) Not just fans, he already has hate groups on twitter and other social media like xkcdsucks.com. It’s like nerd gang war.

He may be old news to you, and that’s okay. This post is not so much about him as it is about what he is doing. He is writing a book. It’s not scheduled to come out until September 2014. You can preorder the book.

He has a cover on Amazon:

This is not a big deal; hundreds of thousands of people publish books every year. The big deal is this (aside from the fact that I am doing free promo marketing for him), last night his unpublished book, with no ratings and no rankings, because it hasn’t hit the market yet placed as the #2 Best Selling book overall on Amazon. I think that’s pretty amazing…to not even be published yet and pass Veronica Roth.

This item has not been released yet and is not eligible to be reviewed.

I noticed it last night when I was piddling around on Amazon like I sometimes do when I am bored, and there it was, a book with no stars sitting at #2 on the front page of Amazon. It tells me that I worry too much about the wrong things. The book is at #3 now. Granted this is not a fiction work that he is producing, but it is rather exemplary of how to make a web presence sell books.

This is not a children’s cartoon book. In fact, he warns on his web site:

On the web site you can read random cartoons, check out the “what if?” You can even see photos of people playing chess while riding on roller coasters if you look hard enough. Pretty cool, huh?

It is now the #1 Best Seller 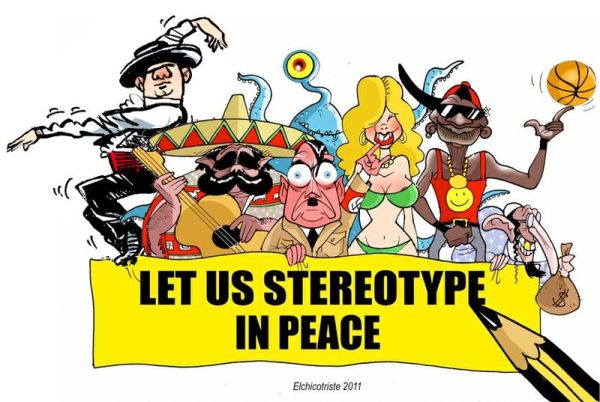 I like to think that I am a non-racist individual that dislikes prejudice in any form, and then I write.  When I write, in developing my characters I can’t help but depend on stereotypes.  Do you think they are derogatory? I like to think that I do so without the element of Hate, and that makes it okay.  Like the book and the movie “The Help”

by  Kathryn Stockett, I used the stereotype of the Southern maid, a big boisterous buxom black woman, who smelled of baby powder, sweat and peppermint.  Hannah’s nanny, who accidentally and erroneously taught her why black people were black.  It was funny.

Like comedians:  We writers sometimes depend on these images to develop our characters into real and believable immediately recognizable images.  Moreover, I don’t believe that society dictates that to us in our everyday lives, as much as visual media demonstrates these images over and over again until they are fixed in our brains.  We, as writers are trying to place or fix a visual image in our reader’s mind relying on their own imagination.

You do know that if I said, “Gangsta dude,” you would immediately conjure an image a of black guy with his pants dropping down and his underwear showing, shooting hand gestures and wearing bling with his ball cap placed backwards on his head or a hoodie on.

Likewise if I said, “Flapper”, you might immediately conjure an image of a lady in the roaring twenties without further explanation.

Sometimes, I try to deliberately cause the reader NOT to get a stereotypical image in their mind, because I am trying to go in another direction.  This can be more challenging than writing the stereotype.  Do you depend on stereotypes or try to avoid them?

I made two lists of stereotypical images of Southern men and women.  Does your mind automatically distinguish the sometimes subtle differences or would they have to be explained? Do you get a visual image?

When you write or read to you feel facilitated by stereotypes or hampered by them?