I hate to start off a post talking about the weather, but really I must. The weather for my birthday weekend couldn’t have been better for what we planned to do. November and April are practically perfect in Florida.

Saturday, we took our new boat out on the intracoastal waterway at Indian River. The sun was shining, the air was refreshingly cool, but the sun’s warmth was felt to the core melting away any morning chill.

This was our first adventure to downtown Cocoa with a boat. Not a great idea. There is a lovely park with boat ramp in the middle of the historic district. I thought it would make for a nice walking tour when we returned. There are little al fresco diners, quaint shops, and boutiques along the way. 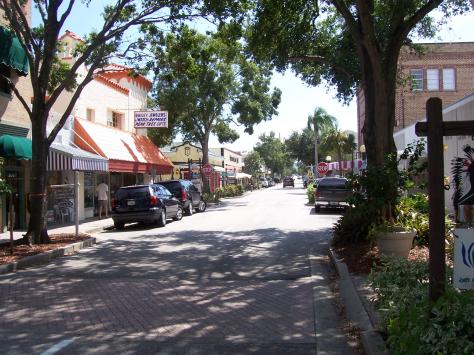 Wrong. Getting to the park was next to impossible hauling an eight-and-a-half foot wide twenty-three foot boat and trailer. We turned left, then right, then left, again and again, swinging wide to avoid the cars and clipping the curbs on the narrow one-way streets.  After sweating bullets through downtown traffic, we finally made it to the park. I’m certain we were cursed at often.

Once in the water it was a gorgeous day. We motored upriver toward the lagoon. Coming under the A1A bridge, a barge about the length of a football field came blasting around the corner out of a canal to the east and I nearly wet my pants.  I had to turn the helm over to the more experienced captain.  The rest of the day was pleasantly uneventful. 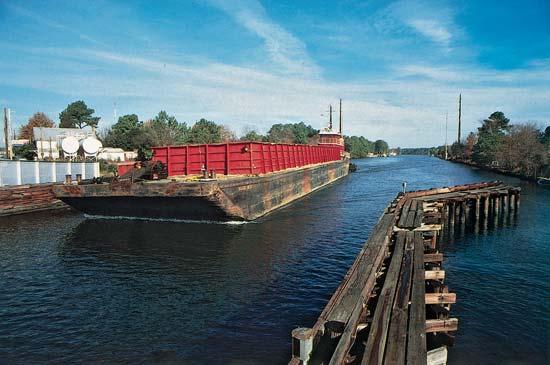 Breaking in the new boat, we had two hours of near idle time keeping the boat under 2000 rpms. Slowly, we meandered down the barge canal to Habortown Marina and had a leisurely lunch at a most obscure waterfront restaurant.

Coming back west to the intracoastal we were surrounded by dolphins and manatees. The dolphins all seemed to have babies and the manatees were munching on seagrass. These are not my pics, because every time I tried to get a shot they disappeared into the waters. Osprey and pelicans were everywhere.

It was getting late so I knew a walk around cocoa was out of the question. The only bad thing about winter in Florida is that darkness comes too early. 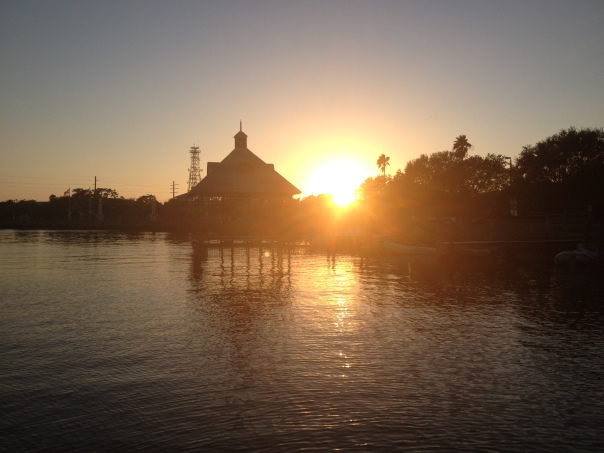 After our short day in the water we headed back through Cocoa. Coming around a corner, the rocket scientist swung wide to avoid a curb, but also had to avoid a parked car on the opposite corner. You know those cute little chalkboard signs that owners put out to advertise their daily specials (like the pretty pink one in this pic)? 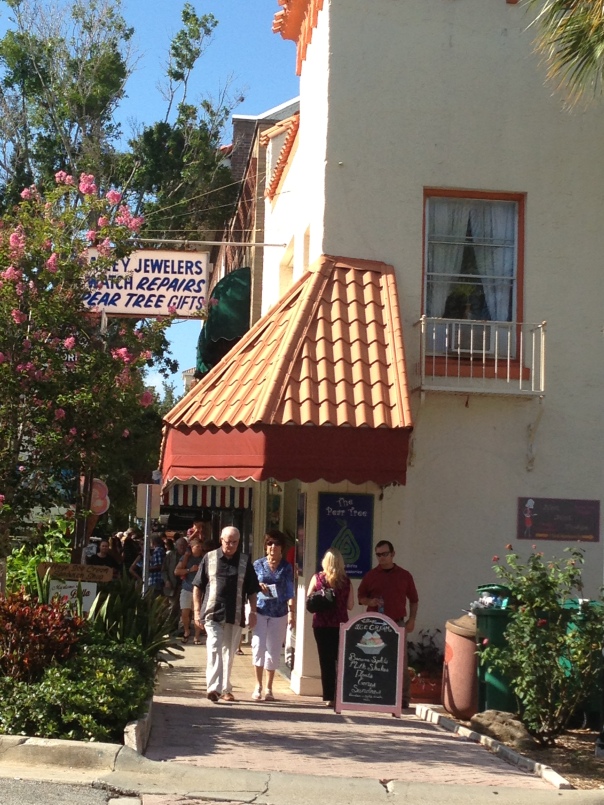 Well, the RS clipped one perched on the curb and down it slammed. It sounded like gunshot hitting the sidewalk. A lady jumped off a nearby park bench as if she needed to take cover. I know we were cursed again, “Those damn boaters coming through here!” I can hear it now. Anyway, we made it home.

Sunday, we put in just north of the NASA building in Parrish Park, a much easier boat ramp to get to on the causeway to Merritt Island.  People were much friendlier today than on our maiden voyage.  It was a sunny day with very little breeze and a perfect temperature.  Much more boater traffic Sunday and I got some good experience at the wheel.

This morning the wind was whipping the traveler’s palm leaves around, the air all balmy and tropically warm, and now it is pouring rain, lightning and thundering.