This post is two-fold because I have two questions to ask 1) is there a place in literature for pop culture references, and 2) are editorial reviews necessary?

I am being a bit lazy today by putting these two ideas in one post, but, for me personally, they are sort of related. I have a popular culture reference in my current WIP and I don’t want to take it out. American Bandstand and Dick Clark were iconic.

Dick Clark was a legend. He MC’d a popular TV show that started in the 1950s and became a household name. Everybody knew is image, his timeless face. Even after American Bandstand, his image became synonymous with the New Year’s celebration.

American Bandstand was a television show that spirited musicians and the music movements through nearly a half of a century. Teenagers learned the new dance crazes by watching his show and dancing in their living rooms. I did. Everyone knew all the latest music and teen idols by watching his dance and music show. The Top Ten list was a dream goal for most performers.  American Bandstand stayed popular throughout the decades until MTV came along. 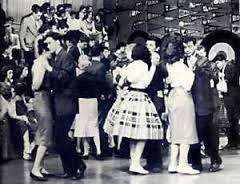 I have a reference, more than one actually, to the TV show in my work in progress and I want to keep it there, which brings me to my next topic:

One thing some big advertisers have told me is that I need more reviews and editorial reviews before they can consider my book on their promotional sites.

So, like many eager authors, I begged for reviews and then I went to the editorial review closet to see what I could find. Even though I have more respect for blogger review recommendations, myself, I know that not all people have access to these. Personally, as a reader, I care more about customer reviews than editorial reviews. What do the readers think? I like to see a variety of reviews on one work I am considering, but there are those who will only read books that have been recommended by their favorite review service. There is a separate space for Editorial Reviews on your Amazon page.

With that in mind, I set out to petition some bigger name and popular review services. One of my issues as a reader is that editorial reviews are posted by the author. They can use excerpts rather than post the review in its entirety, and OF COURSE, they want to shine their book in its brightest light. I would.

Reader’s Favorite gave me four five star reviews and one four star review and I was readily able to pull excerpts to create one very nice Readers Favorite review. I won’t post all five reviews here, but you can read the excerpted review on my Amazon page here.

I was really nervous about the next one, because they are such a big name. I got a decent Kirkus review, which pleased me immensely because they are so well renowned…yes, they were critical about my, “Nearly fatal flaw,” in the full review, but they also had some very kind words to say about my work, so I managed to excerpt plenty to create a an editorial review on my Amazon page.

Then there was another place, which will remain nameless, for several reasons that I won’t get into here, but I will say that they ripped me to shreds. They tore out my heart and then dissected it into little bitty unchewable pieces and spit it out. They basically told me that I needed to rewrite my book as a trilogy, and even offered me helpful services, for a fee. There was only a portion of one sentence that I could bear to repeat, so obviously, I won’t be using theirs.

One thing that one of the reviewers took issue with was a sentence wherein a pop culture reference was used. I had said, “[The suburban years]…were our “Brady Bunch” and Wonder Years.”  The reference was to growing up in the seventies era.

This reviewer admonished the pop culture reference saying that it destroyed the timelessness of the story and, “Revealed amateurishness.” That stung.

I just recently read a book that referenced the TV show CSI. 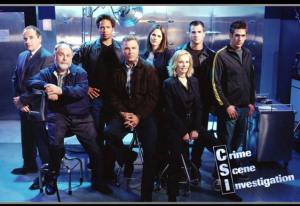 I thought it was an appropriate reference in context to the story and the character’s personality. AT THE SAME TIME, my husband was reading a John Kellerman, (certainly NOT an amateur) who did the very same thing, twice in his book. He made hilarious references to the CSI teams in his crime novel.

How do you feel about pop culture references? Do they help carry the reader into an appropriate mindset or time period, or do they bother you as amateurish writing?

How do you feel about editorial reviews? Are you influenced to purchase books based on these sorts of reviews? Should advertisers make them conditional for carrying promotions?

27 thoughts on “Pop Culture in Books and Editorial Reviews”