Central Florida is notorious for its homeless, panhandlers, and transients.  They come here for the fine weather that we enjoy year round, and to get away from whatever they are running from.  From the homeless, to the snowbirds who leave their second homes to vacation here, from October to April, our population numbers on our sidewalks in Orlando double. Orlando is a beautiful city and this is a part of our culture. 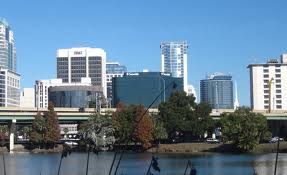 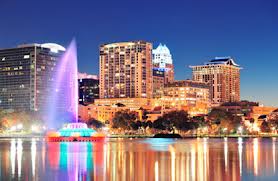 However, I am starting to get jaded, and I really do not want to be.

Here are the two reasons why:

1.       I was driving to work one day and I came to an intersection that is a common place for panhandlers to stand with their signs asking for help.  I had no cash on me, but the sign read: HUNGRY.  I had just been through Mc Donald’s for food for my supper, so I passed off my supper to the panhandler, and decided I would leave work later to buy my own.  I realized I did not bring my mobile phone with me, so with time to spare, I turned around at the next intersection to go back home for it.  As I passed through the panhandler’s intersection, I saw him smashing my donation into a trashcan in front of the bank on the corner.  After retrieving my phone from my house, and returning to this intersection, there was the panhandler with his sign in my window again.  I had to drive on by.

2.       I went to get gas one day.  When I pulled into the station and began to pump my gas, a guy came over talking in sign language as if he could not speak.  He had little cards that showed sign language and

he gave me one.  I thanked him in sign language, and he held out a jar with a couple of dollars and some change in it, so I dropped in a dollar, or two.  I went inside the station to shop.  The man came in.  The clerk says to the man, “How are we doing today David?”  The “deaf” man says, “Pretty good, I have some more ones and I need some twenties.”  He reached into his jeans pocket and pulled out two huge rolls of bills.  A roll of ones and a roll of twenties.  I am not talking small rolls.  These rolls were bigger around than my toilet paper.  I doubted if he needed them to wipe his ass.

Knowing that these were two isolated incidents helps a little.  There are literally hundreds who are genuinely hungry and not looking to scam, and I am getting better at sorting them out the longer I live here.  I look at the derelicts laying on park benches or pushing their shopping carts and I think, most sincerely, “There but for the grace of God go I!”

Because of this internal philosophy, I spend my Sundays during these months feeding the homeless.  They gather in Lake Eola park downtown, where numerous organizations and

individuals come out to pass food and some small pleasure to these people.  They are part of us.  They are us, but for the grace of God.  I know that some of you might be thinking, “They need to get a job and stop depending on handouts,” but truly, until you have experienced life through their eyes, walked in their shoes, and shared whatever agonies have plagued them, you really don’t know why they suffer the humility of having to beg.  I am humbled.

Because many share those sentiments, that the homeless/panhandlers need to work harder to change their circumstances, never mind that we have closed up most mental institutions and put many of these needy people onto the streets, the shop owners in particular, are up in arms.   So are the wealthier “snowbirds”, the resident tourists, who want their second home locations to be spotless and pure, more like the communities they hail from, when they are down to enjoy these expensive second homes and condos. They want to “clean up” Orlando.

So the City Council passed new laws. It is now a violation of city ordinance to panhandle outside of the white lined boxes on street corners, and panhandling can only be done during certain times of day.  The police can also issues citations to donors, in addition to recipients.

The ordinance is rarely enforced, but the fact that it exists is most troubling.  What does it say about our society and our level of tolerance and acceptance?  The rationale was, “Panhandling encourages and enables the homeless to continue to depend on unacceptable, easily obtainable resources.”  Really?  Easily obtainable?  Obviously none of these Councilmen have ever been homeless.  It is not an “easy” job for most.

The Councilmen have also tried to stop us from feeding the homeless at Lake Eola City Park on Sundays for the same reasons.  There was a move to ban that as well, but in consideration that it posed no threat to businesses, and the people retaliated vehemently their rights to support the homeless, the Councilmen withdrew their ban.  So beginning in October, we will rejoin the multitudes that come out to feed the multitudes on Sundays in the park.  My crispy cornbread cakes will be passed out alongside of the great pots of vegetable beef soup to the courageous people strong enough to ask for help.

23 thoughts on “Homeless, Panhandlers and Transients”